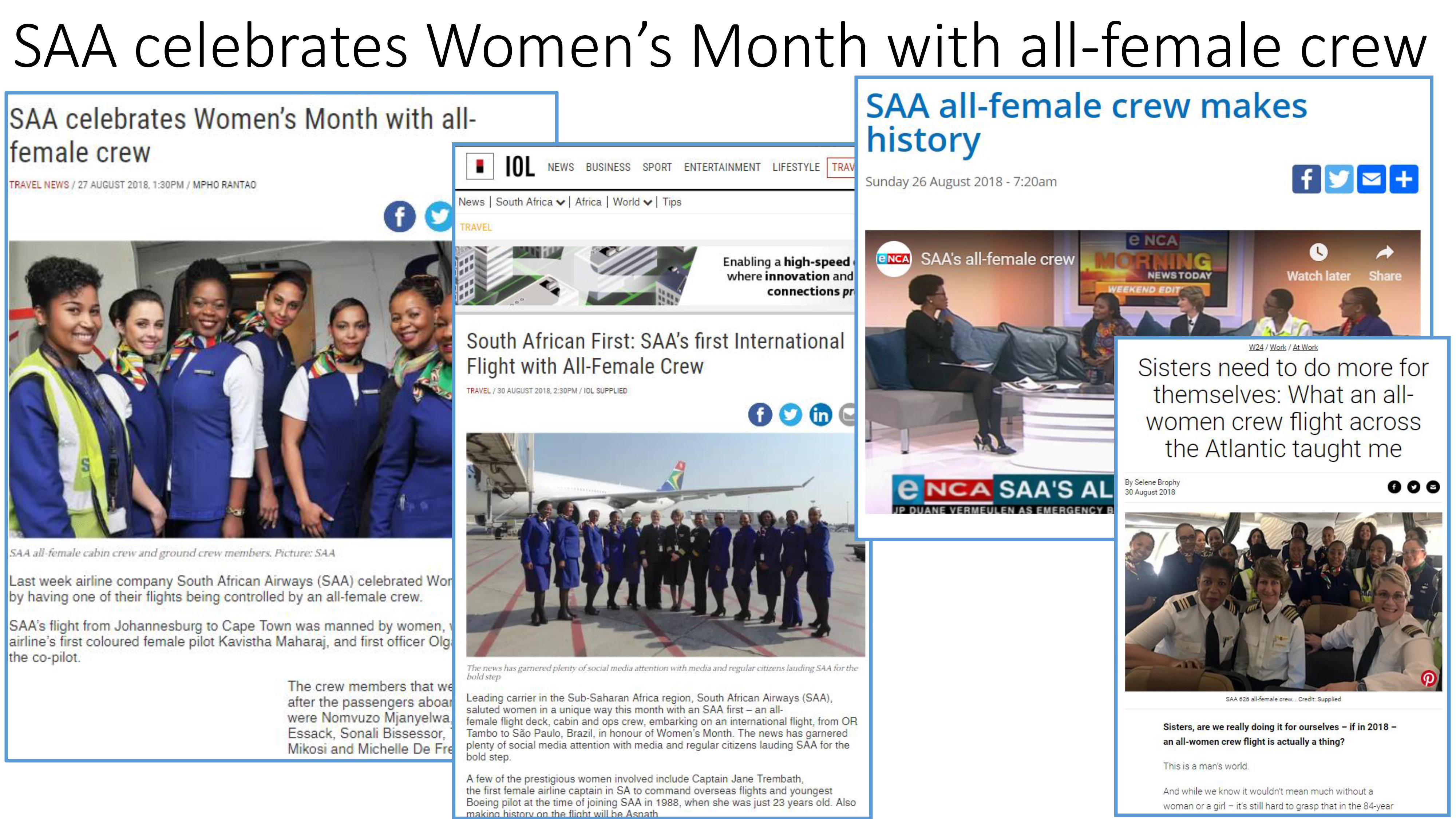 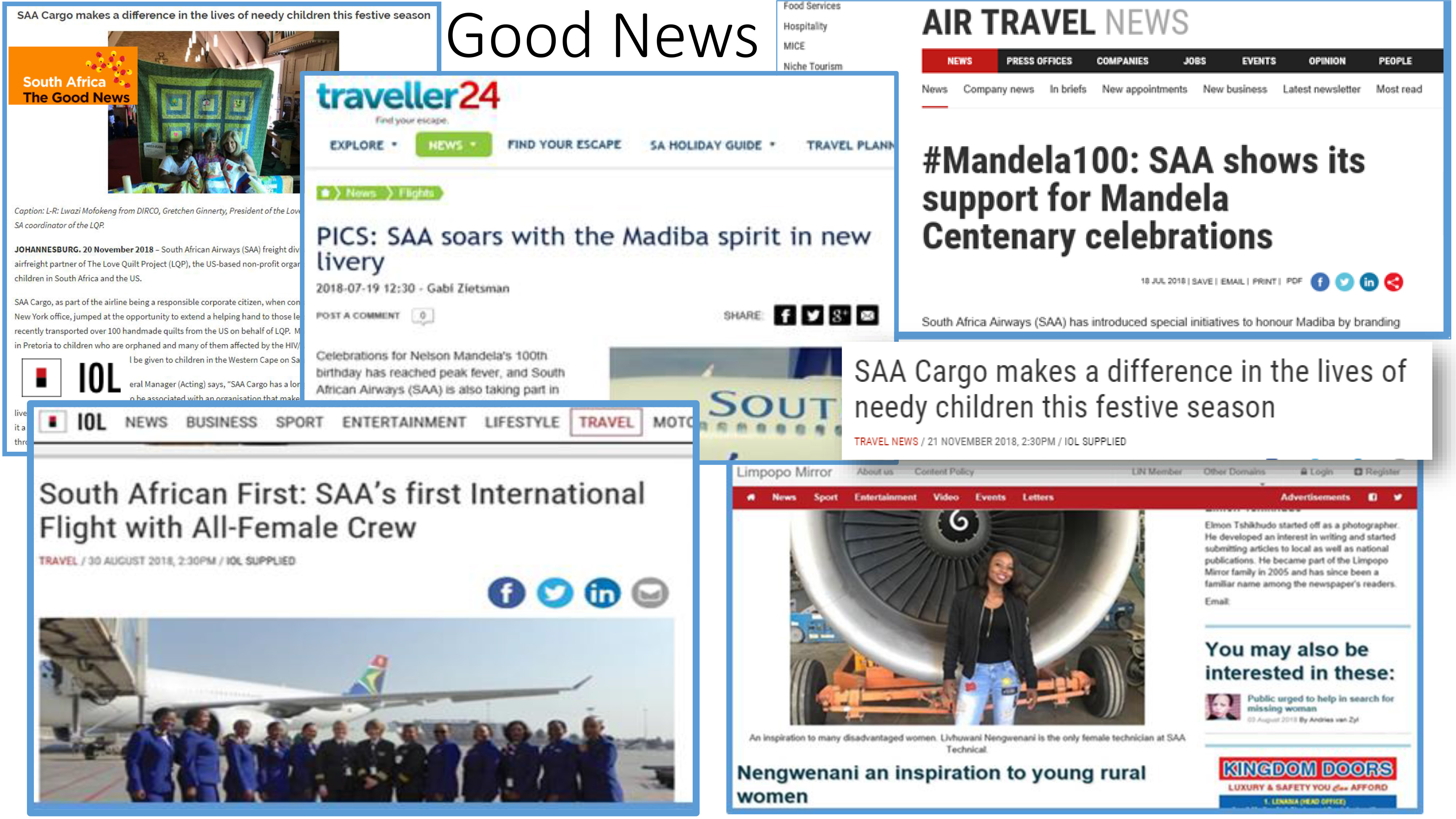 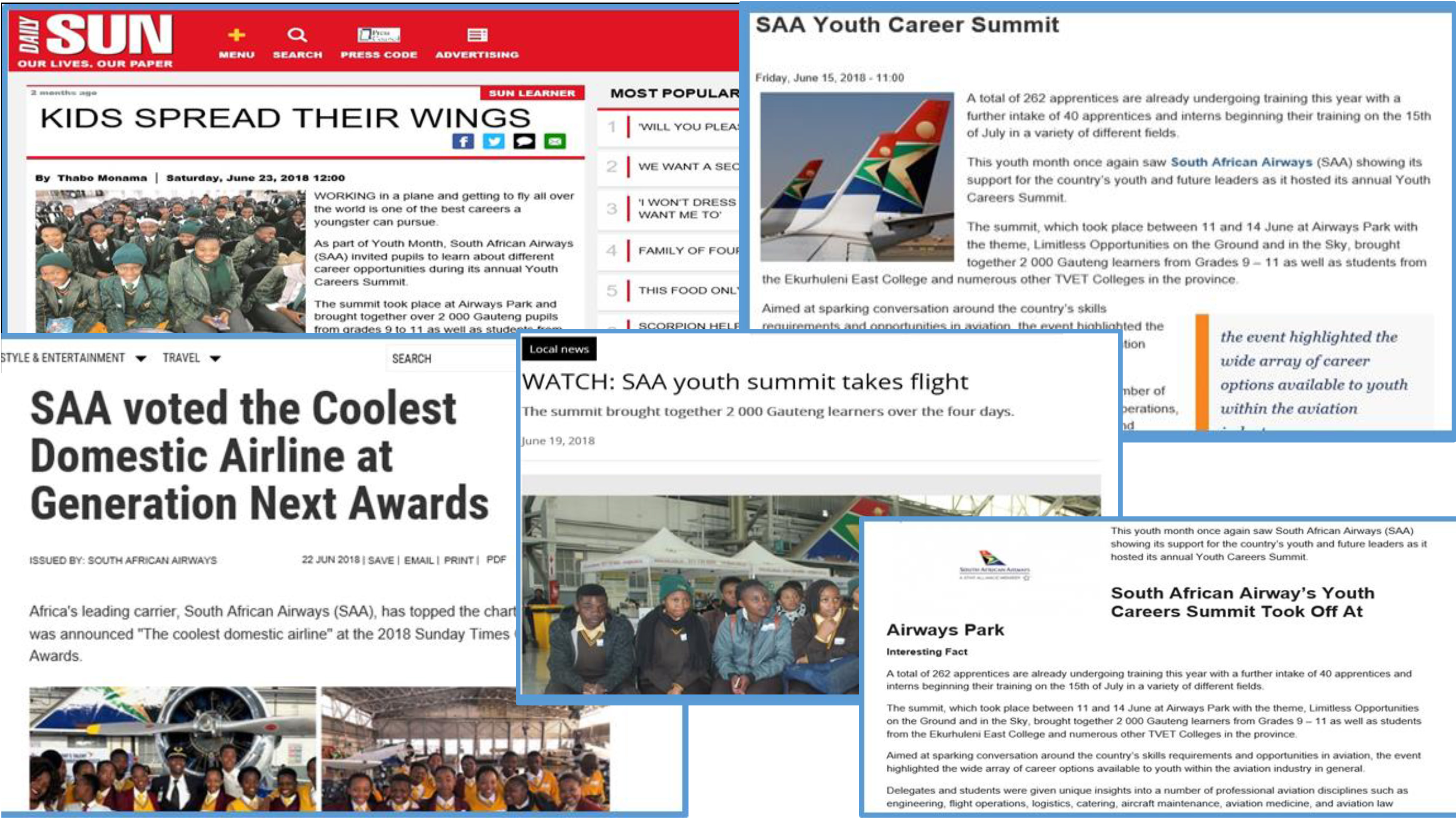 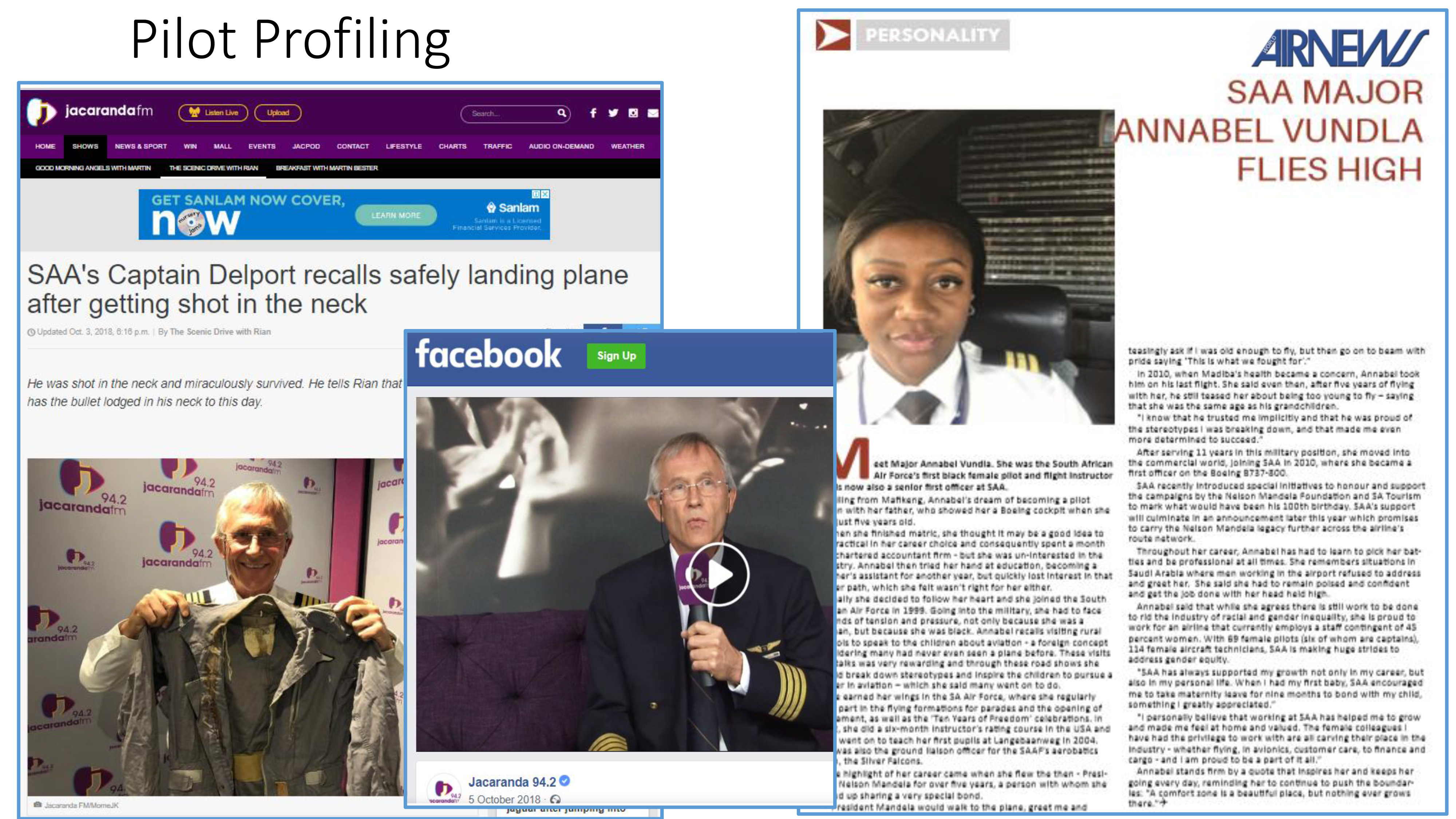 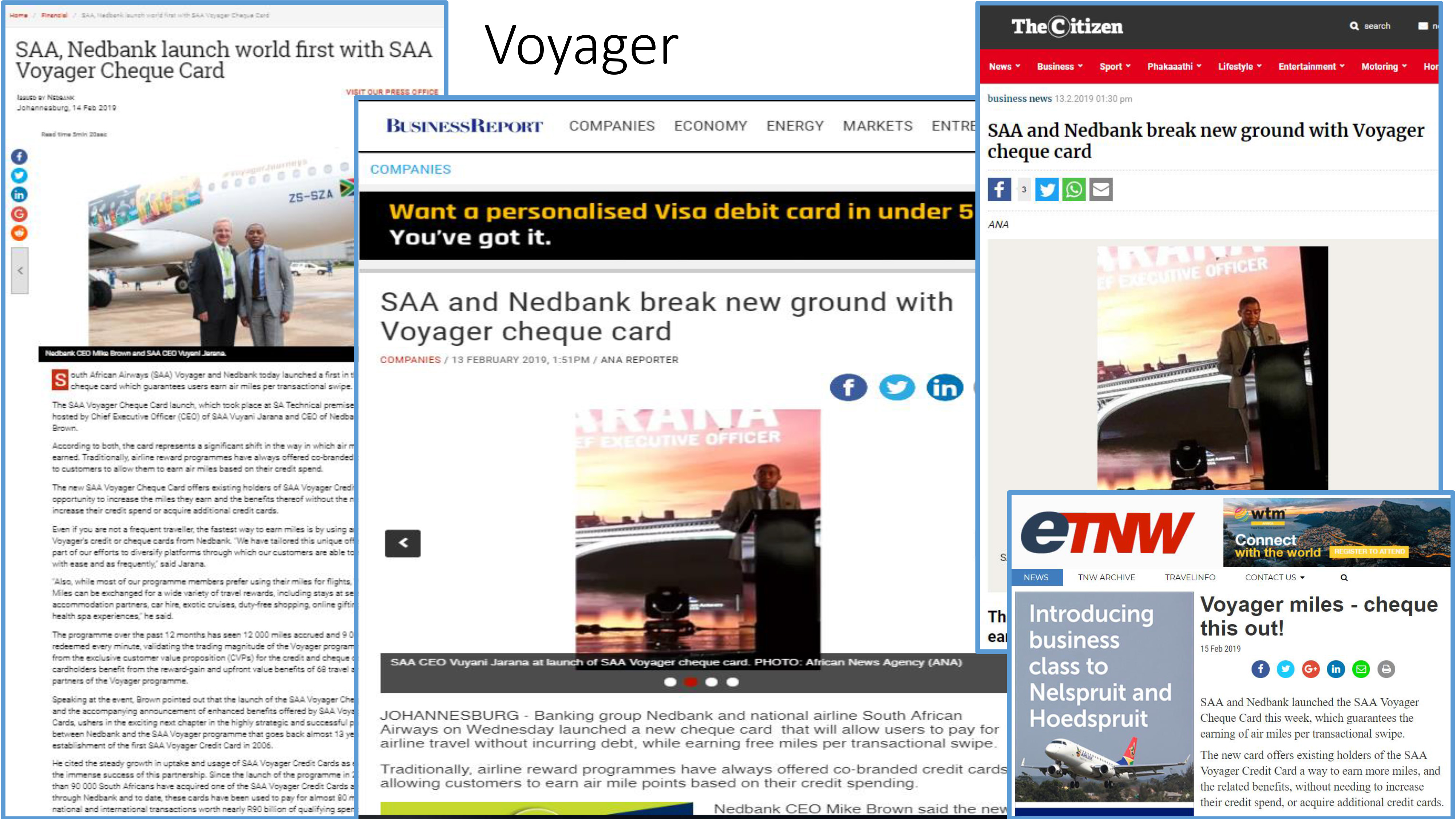 JNPR was appointed the PR agency for SAA for the period of 1 year. Our role included supporting the corporate communication objectives is to drive positive stories about the business amidst all the negative news the airline sees on a daily basis.

A targeted media relations programme to provide a 360° view of the CEO’s turnaround strategy while building brand love by telling the untold success stories.

SAA celebrated Women’s Month with all-female crew
Selected media were invited to join the flight. JNPR extended media coverage by securing interviews and ensuring that social media messages were shared and reposted in order to ensure an integrated approach

Pilot Profile:  Captain Mark Delport
Captain Mark Delporthas been a certified pilot for 38 years, spending 31 of those working for South African Airways. The Captain is one pilot who has had his fair share of air travel highlights. JNPR saw this as an excellent opportunity to tell his story and generate positive feel good coverage around the brand

purpose & vision
"to be more important to
our clients"