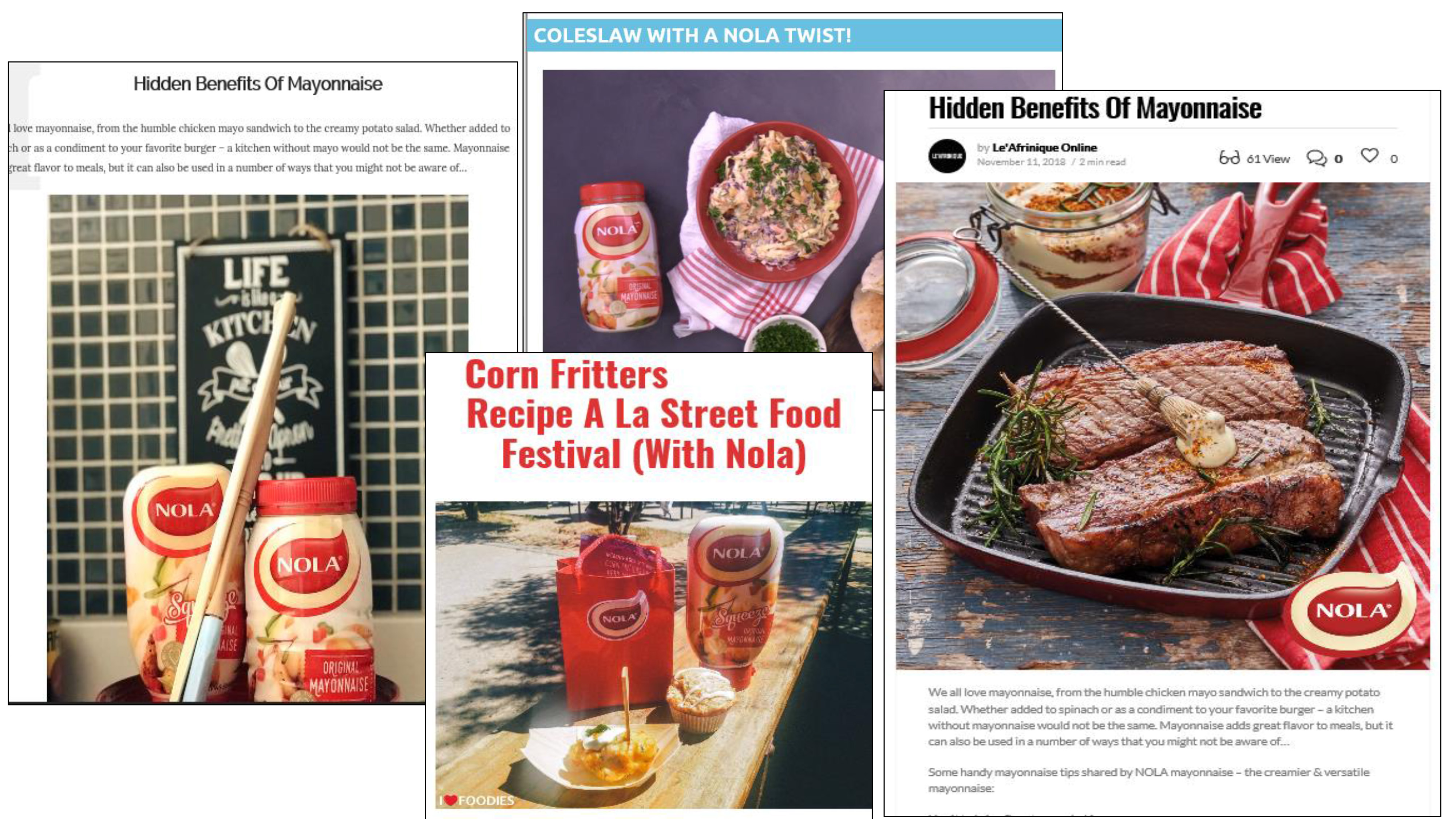 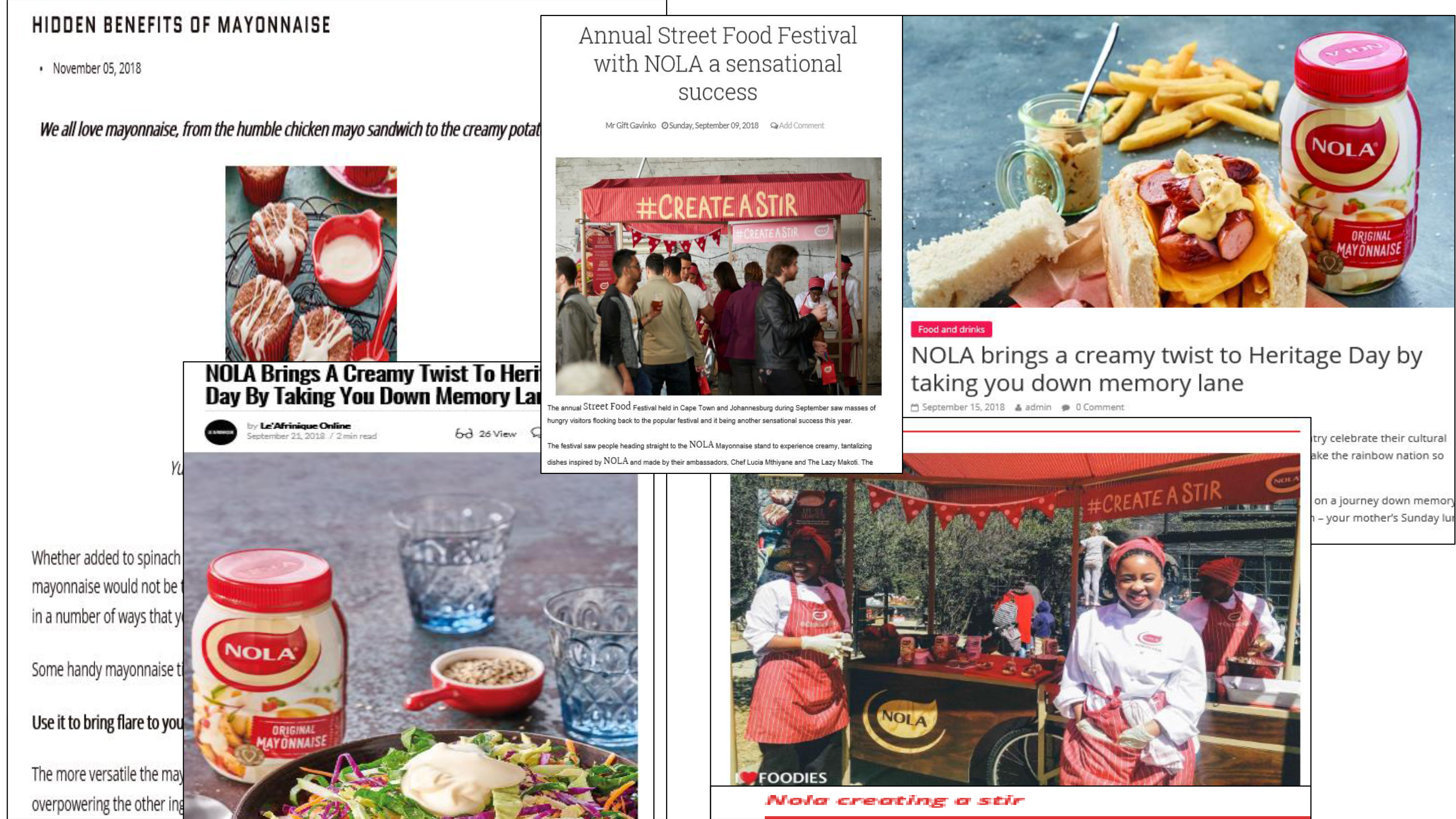 JNPR was tasked to propose a media and social media communications approach that would amplify #CreateAStirwith NOLA and two celebrity chefs identified for the Summer Drive campaign.

The campaign aimed to “Inspiring New Ways” where the selected chefs were provided with a mystery basket and encouraged to come up with new and inspiring NOLA dishes to share at events, on their social platforms and other broadcast media channels.

JNPR identified and engaged with celebrity chefs to ensure buy-in and participation, drove general media relations to create awareness and amplify the entire campaign as well as  engage with selected broadcast media for partnership opportunities.

The Nola chefs participation at the Street Food Festival. Nola received great brand exposure through the chefparticipation and association with the festival.

Media were invited to attend and write about the street Food Festival that was held in Johannesburg and Cape Town. They also received samples of Nola products.

Editorial pieces were drafted and shared: Media releases, snippets, listicles that contributed to the “Create a Stir” conversation

Media partnerships were developed with Jozi FM, Soweto TV, Expresso and ETV where the chefs design Nola inspired dishes and talked about the dishes and their role as Nola Ambassadors.

The overview of coverage during the 5 months demonstrated that 95 % of the coverage received included key messages and conveyed the messages accurately.