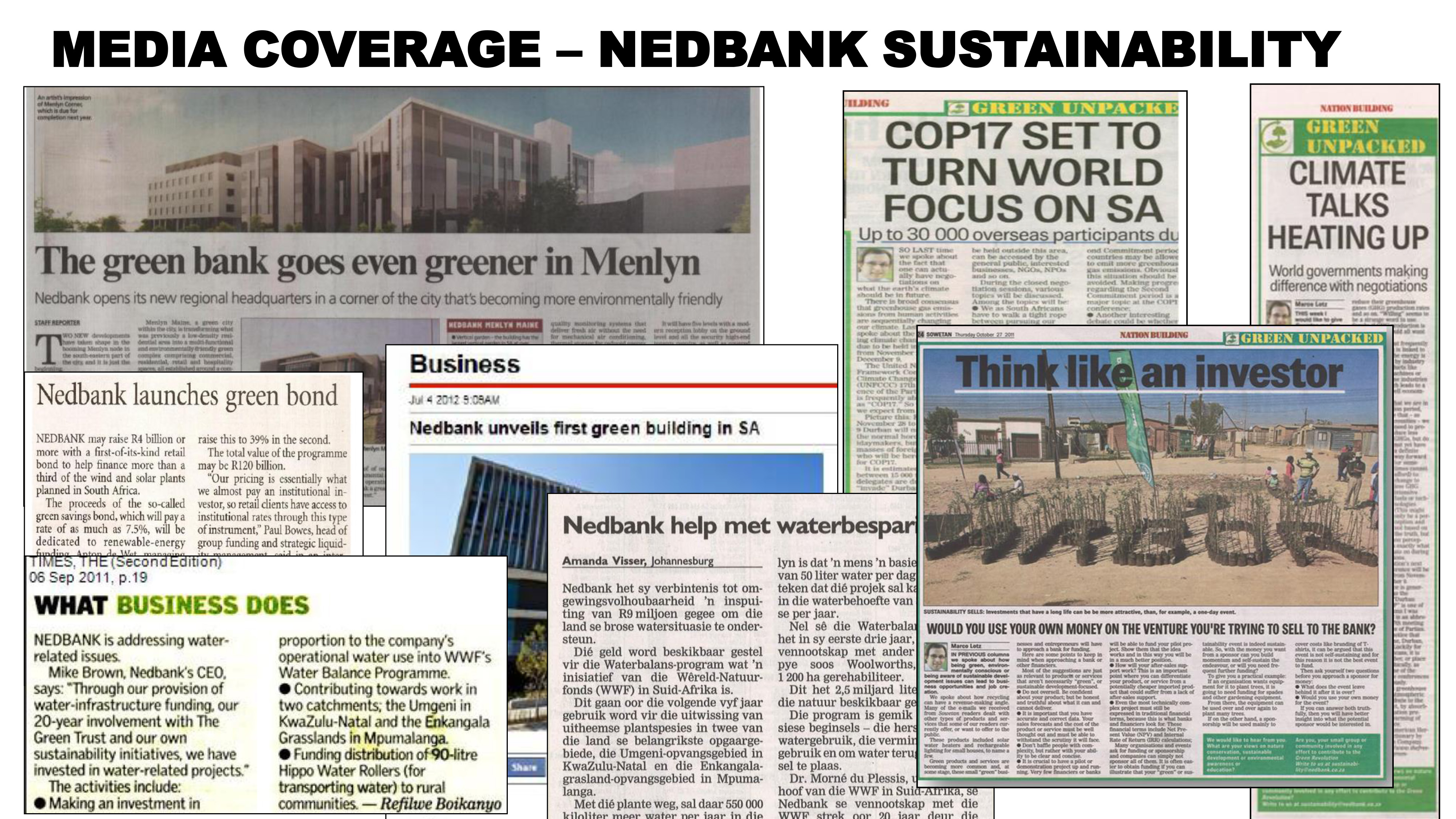 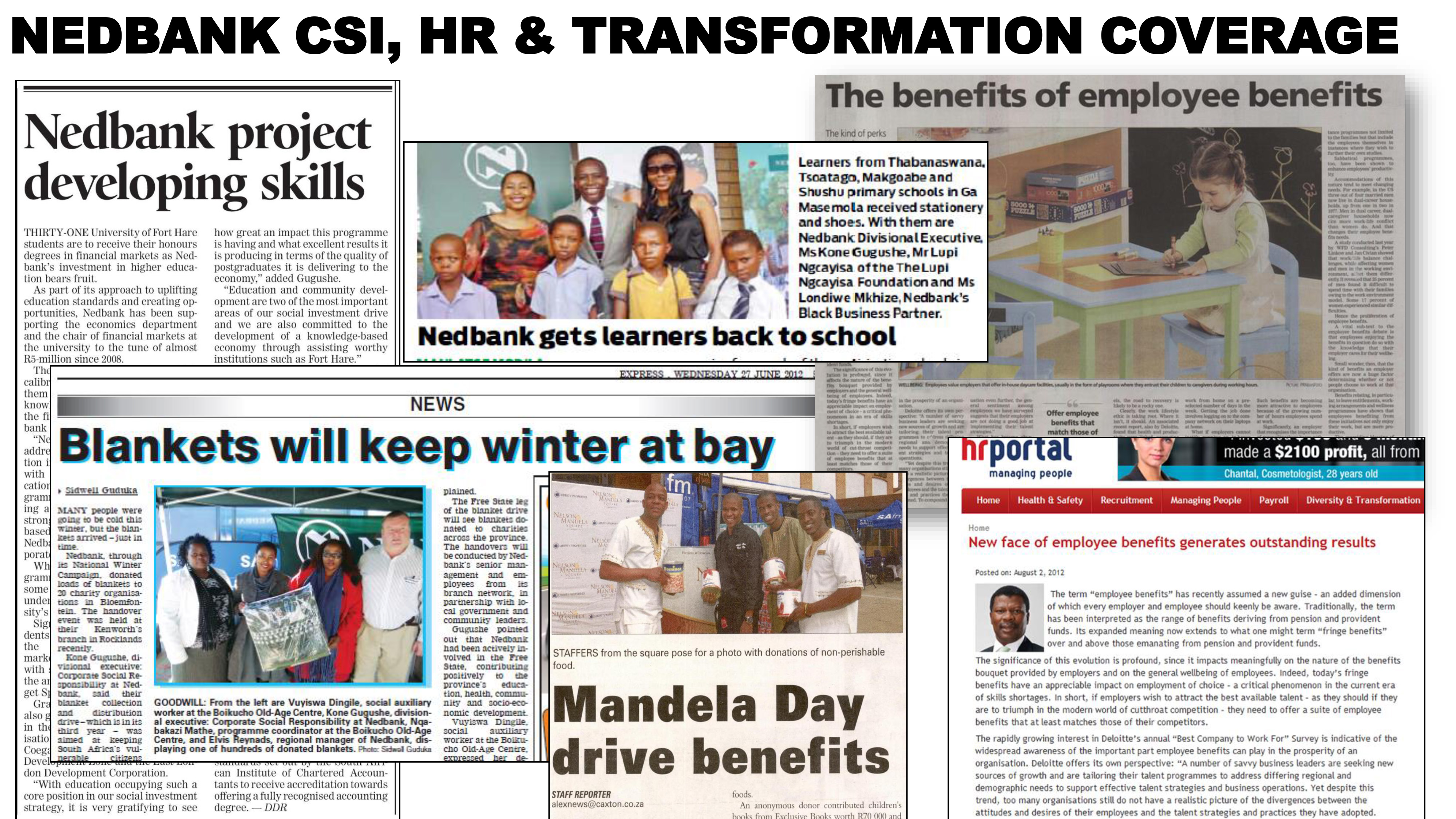 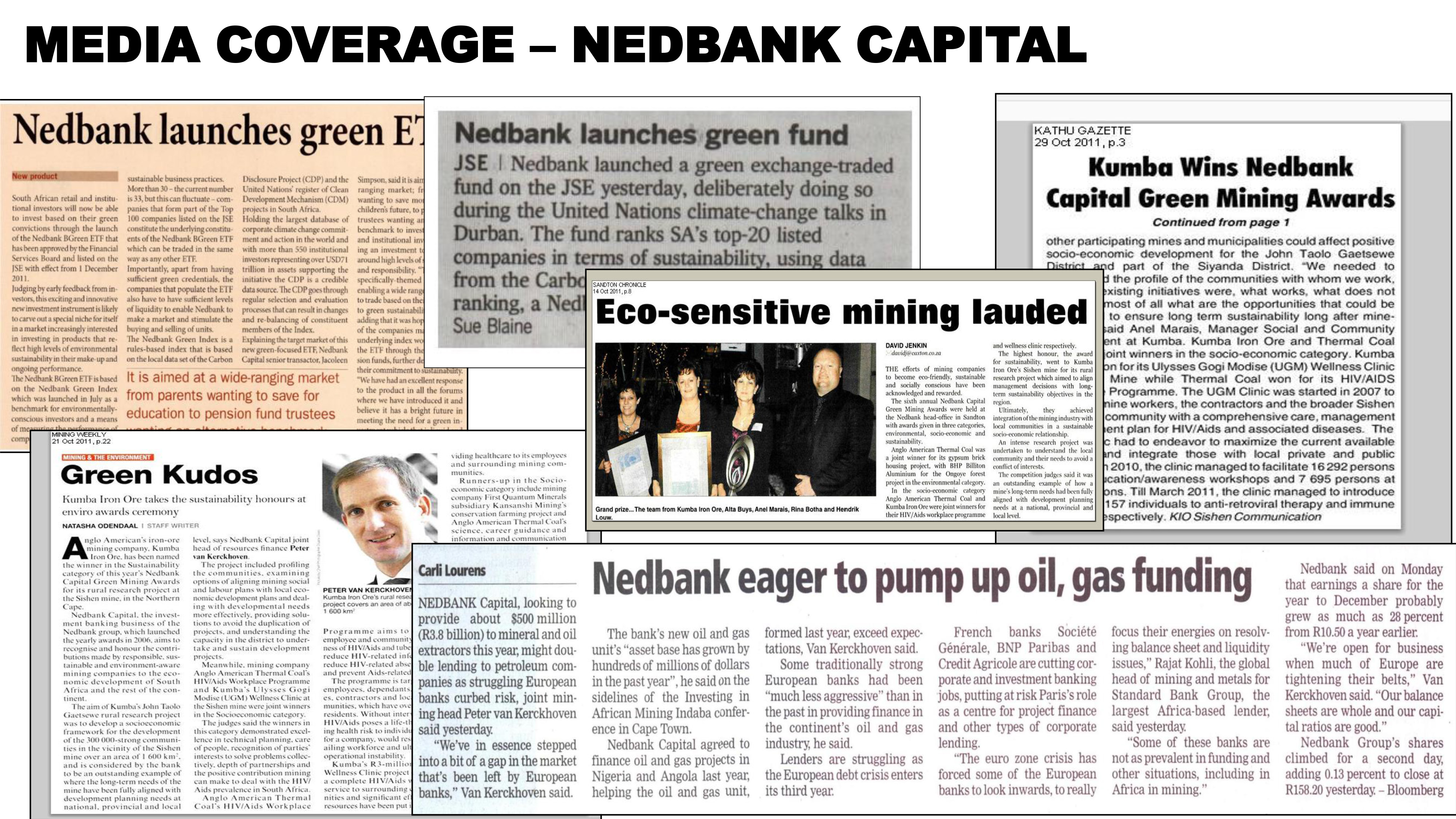 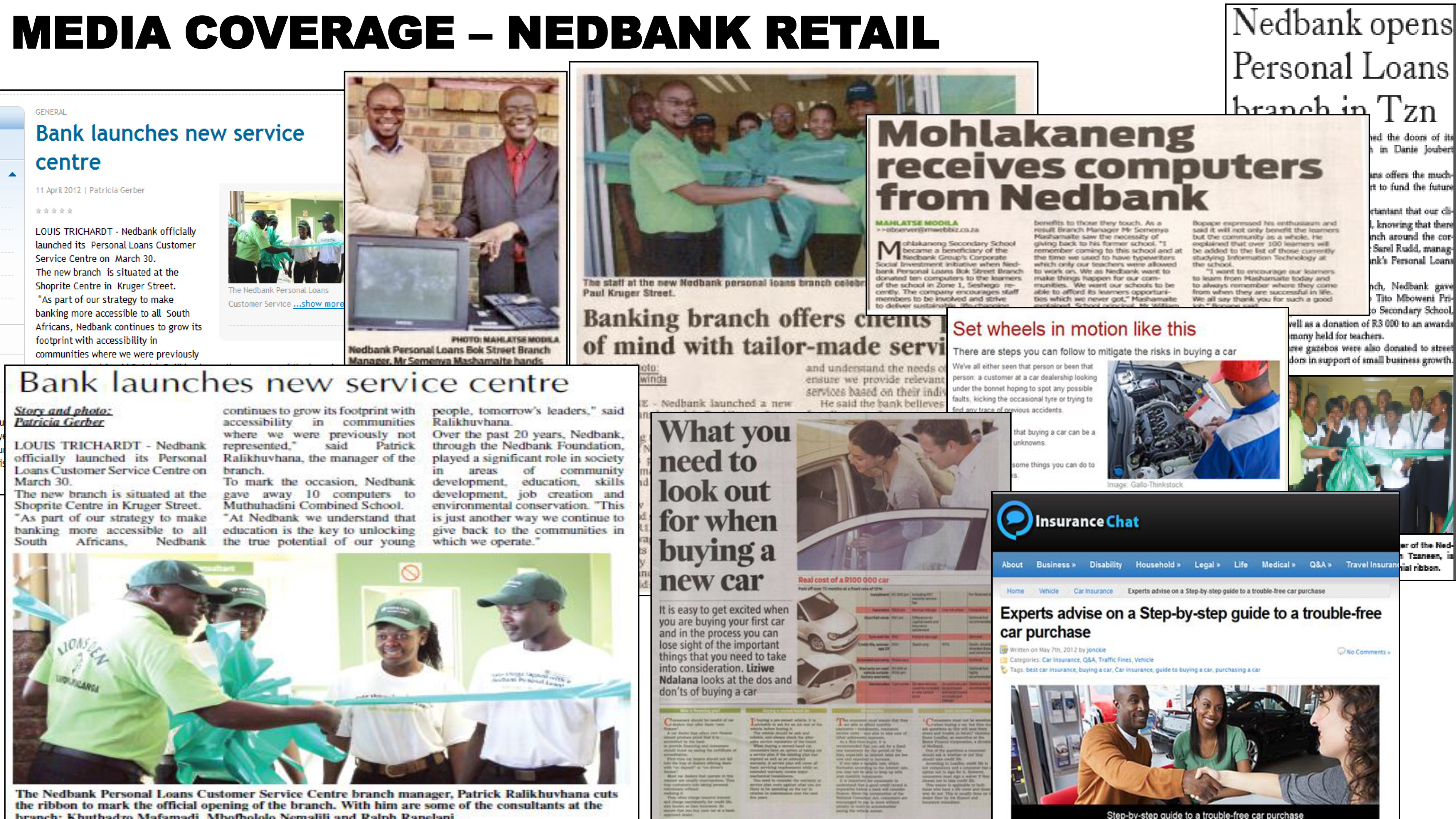 The scope of work included PR support for the following areas of the business for over 4 years:

Nedbank HR –  position the HR division as a critical element of the Group, positioning the bank as an employer of choice

Nedbank Capital – position Nedbank Capital at the forefront of innovation, as a leader within the financial services industry tackling economic and other key issues

Each division was treated as a separate client with focused plans and strategies.

With a view of activities across many divisions, JNPR was able to encourage added integration and synergies across divisions in order to achieve broader objectives and consistency in messaging.

Media were used as a conduit to reach key audiences. Our approach to media relations was targeted and focused in order to ensure the strongest possible outcomes.

purpose & vision
"to be more important to
our clients"