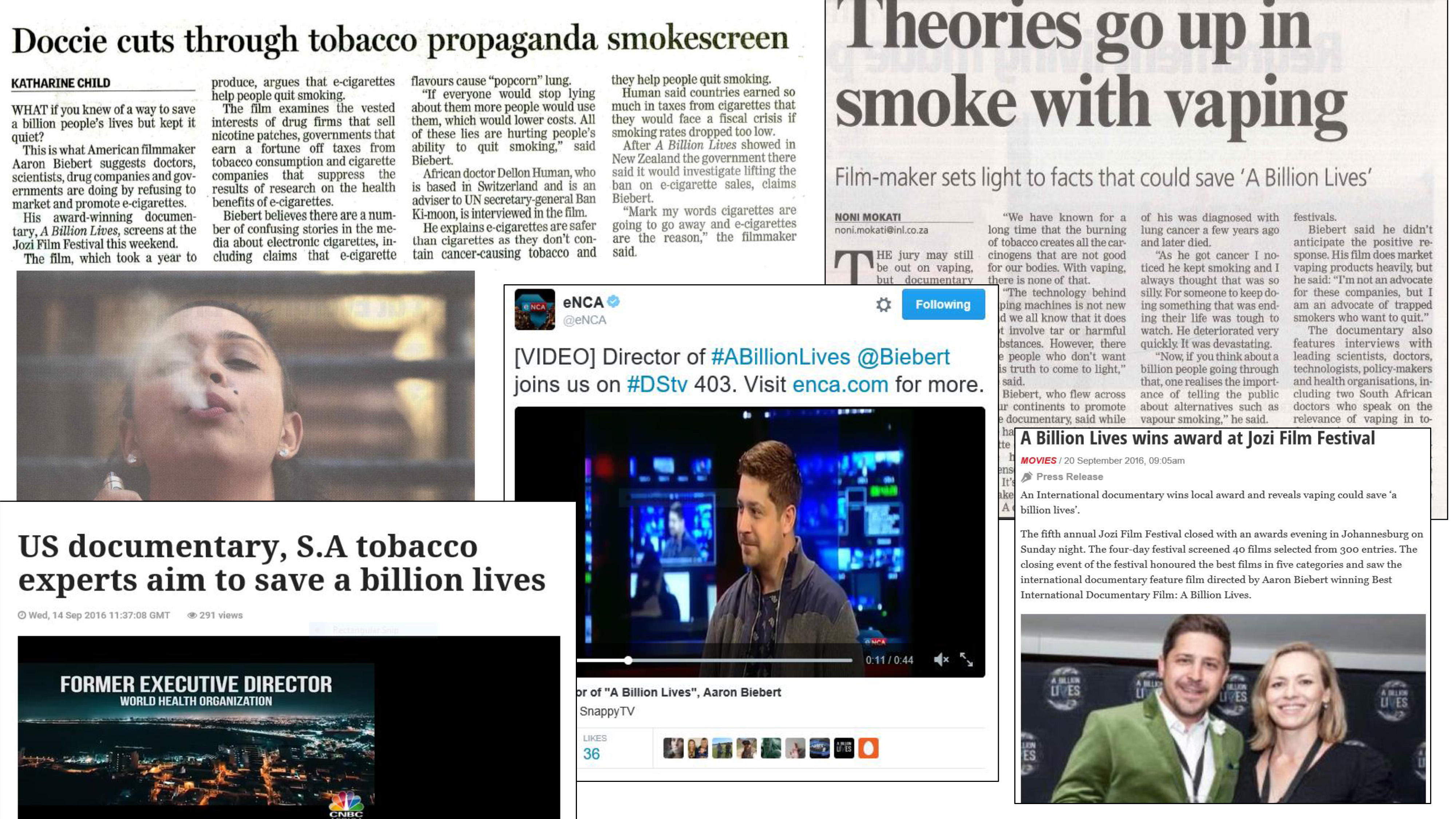 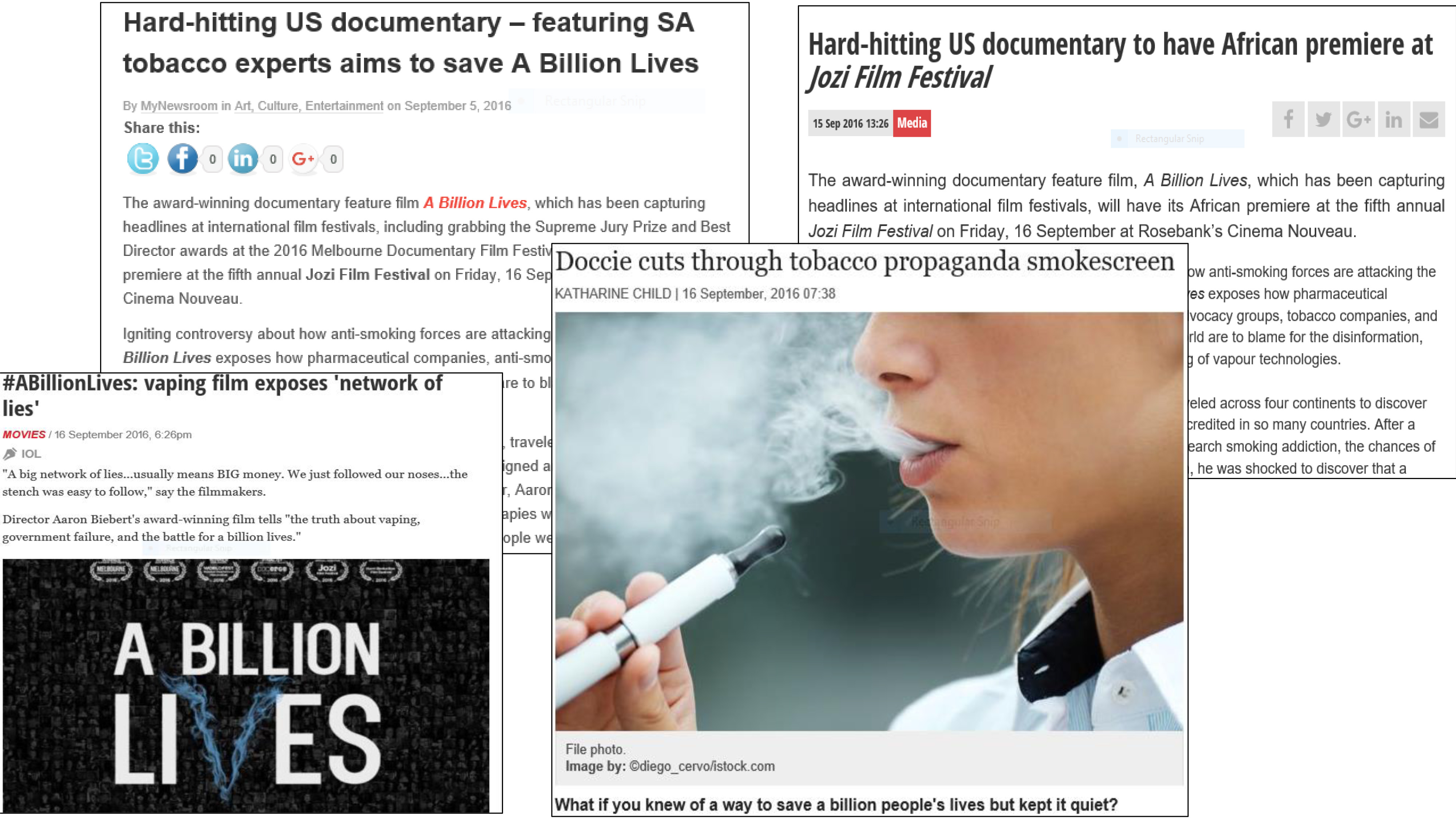 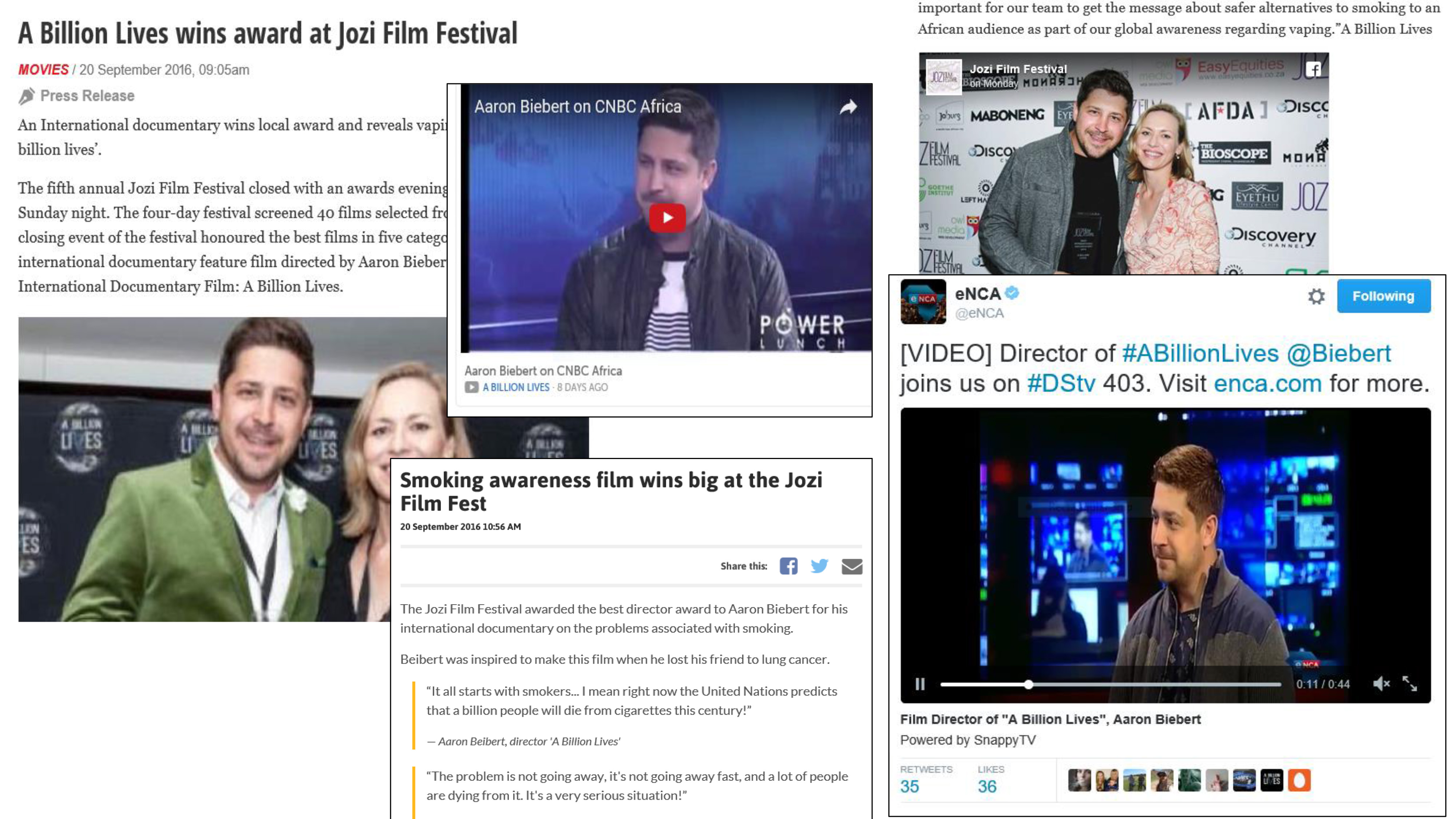 To generate conversation in the media regarding vaping vs smoking.

JNPR identified A Billion Lives documentary as a viable means to explain vaping to a broad audience of media, influential decision makers, and general public and encourage conversation regarding vaping vs. smoking. In order to create media hype, JNPR proposed bringing the documentary to South Africa.

JNPR implemented a two-month broadcast media heavy campaign to ensure talkability regarding this controversial topic. Key focus was on securing interviews with the documentary’s director and WHO health official and doctor.

Client required powerful publicity and awareness in order to justify the costs of bringing US director to SA.